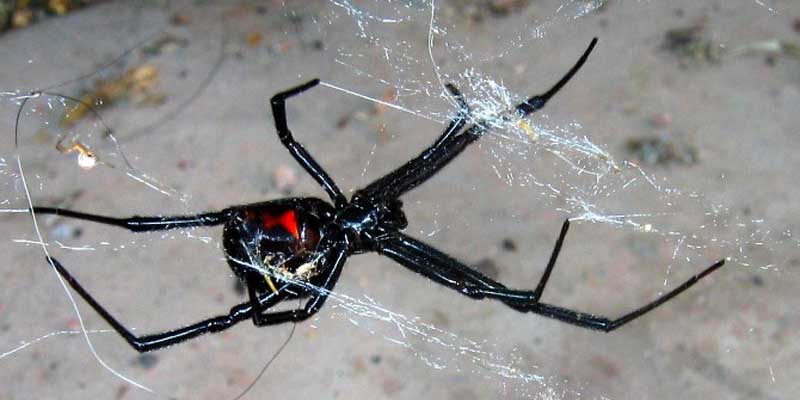 Spiders To Watch Out For in Phoenix

Many people have a general fear of spiders, but when those spiders actually pose a danger, the fear increases even more. Truth is, most spiders don’t cause health concerns in humans. In fact, even those that have enough venom in their systems to do real damage can’t actually bite.

That being said, with desert life comes a higher threat from arachnids. While most spider species in Phoenix are harmless, there are two dangerous types that do live in the Phoenix area: the black widow and the brown recluse. If you do identify one of these dangerous spiders in your home, contact professional spider exterminator immediately.

The easiest of the two to identify, black widow spiders have black bodies that make them stand out pretty well against the desert sand. You may also know them by their red hourglass markings on their undersides. They only measure about an inch and a half in length, and they prefer dry, dark locations where they can spin their webs and catch prey.

They like areas of protection from the Arizona sun and predators, such as stones, decks, stacks of firewood or hollow stumps. Black widows also make their homes in barns, chicken coops, and sheds, as well as garages, crawlspaces and basements. They, like many pests, will hide out in cluttered areas.

They won’t generally harm humans unless provoked – either on purpose or accidentally. Bites are rare and fatalities are even more so. However, the venom of a black widow spider is 15x more powerful than that of a rattlesnake. If you get bit by a black widow, you may experience muscle aches, nausea, and difficulty breathing. Seek medical attention immediately.

Brown recluse spiders are more challenging to identify. They don’t grow more than about a 1/2 inch in length and sport a fairly bland brown color. They also have a violin-like marking on their backs and have six eyes rather than eight. Just like their name implies, the brown recluse will take all steps necessary to avoid interactions with people.

They like to hang out in dry, warm, dark environments such as basements, wood piles, and closets. They will only bite when threatened or trapped, but you may not notice symptoms of the bite right away. They could take many hours to manifest, in fact. If you think you have been bitten by a brown recluse, keep a close eye on any developments, particularly with children, the elderly, or anyone with a medical condition.

After a bite, you may notice a small blister pop up, along with other symptoms such as fever, restlessness, fever, and difficulty sleeping. If this happens, head to the ER. If you can, take the offending spider with you for identification purposes.

Call our spider exterminators in Mesa, Arizona in the event you have noticed an outbreak of any kind of spider in your Phoenix home, including brown recluse or black widow. Just contact us at 602-338-9223 and our experienced Arizona pest control company can help.