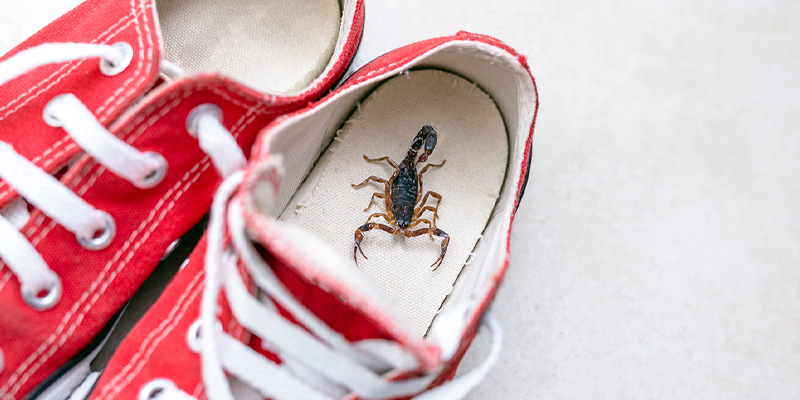 Common Scorpions You Will Find In Arizona

The Phoenix AZ area is home to many different types of scorpions. These insects thrive in dry climates like the southern parts of Arizona. Having scorpions in your home or yard can be dangerous to humans, as they can deliver a sting that can be very painful and even fatal. But this will depend on the species. Many scorpions do deliver stings, but usually this can kill smaller forms of prey so that they can be disabled and eaten.

This is why it’s rare for deaths to occur from scorpion stings. That doesn’t mean it doesn’t happen, though. It helps to know the many species of scorpions that can be found in Phoenix AZ and how you can tell them apart.

This is one of the more common scorpions found throughout Arizona. You can tell them apart from other scorpion types because they have long, slender metasomas (AKA their tails that encase the stinger), arms and fingers, along with its yellow-tan coloring. Scorpions that live in higher elevations have stripes on their bodies. A metasoma at rest will be coiled to the side.

You will most likely find Arizona bark scorpions in rocky desert areas, but they can just as easily be found hiding out in homes and in tree bark (hence, their name). Bark scorpions are more venomous than other AZ scorpions, with their sting bringing on some painful swelling, with breathing difficulties and even muscle spasms. If this happens to you, seek medical attention immediately.

This is the most common type of scorpion found in the state, with a robust metasoma and a striped dorsal area ending with a spinoid granule. They are yellow in appearance with dark stripes on the dorsal area. They don’t usually get bigger than three inches long, but females tend to be bigger than males.

You’ll find Arizona stripetail scorpions hiding out under rocks and in homes.

Just their name alone is scary. The Arizona giant hairy scorpion is the biggest scorpion in the country, sporting hairy metasomas and pedipalps. Just like their name implies, they have dense hair coverage with unique colorings. Their appendages are yellow but their dorsal areas are dark. You’ll find this species in the saguaro forests, where they feed on spiders, centipedes, and other scorpions.

This species looks similar to the Arizona Bark Scorpion, which is why many people often misidentify them. Featuring slim hands and fingers, the yellow ground scorpion is a yellowish color with a granular texture over its body. The first two metasomal segments are wide and long, and these nocturnal scorpions can be found in southeastern Arizona.

Now that you know a bit more about the scorpions found throughout the Phoenix AZ area, you will be better able to identify each one and seek proper pest control help.

If scorpions are taking over your yard or home, Schedule Appointment and let our Mesa AZ exterminators come out for an inspection and quote. Contact us today at 602-338-9223.