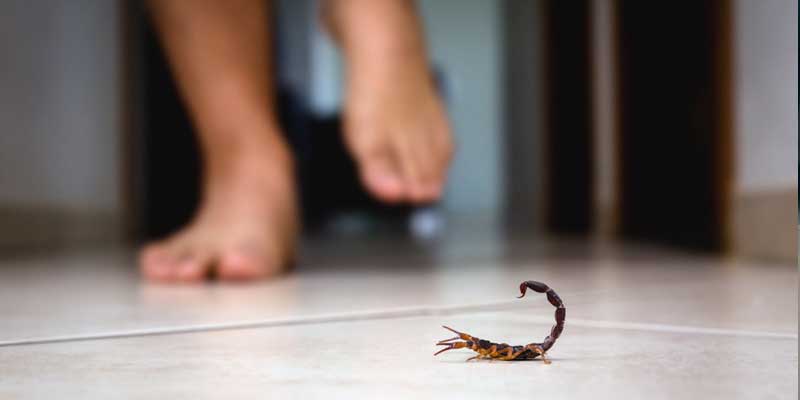 Preventing Scorpions in Your Home

Scorpions are some of the most feared creatures in Arizona, as many species have a lethal sting. They like desert life but tend to hide in dark, cool places. If you think you have a scorpion infestation in your home or yard, it’s important to call a scorpion exterminator in Phoenix immediately.

We hope you find this guide helpful in learning all about scorpions and what to watch out for.

What to Look For

Keep an eye out for these tell-tale signs that scorpions are living amongst you.

Causes and Prevention Of Scorpions

From shade to citrus trees, there are many things that cause scorpions to find refuge in your yard or home.

You may be at a higher risk for a scorpion infestation if you:

There are a few things you can do to trap scorpions in your home, but it’s ill advised to get too close. You can hunt for them at night with a black light, as they’re nearly impossible to find at night otherwise.

Bark scorpions may be good hunters but they have poor vision. They tend to follow set paths, such as along your home’s baseboards, or near front and back doors. You can lay sticky traps there to catch slow-moving scorpions.

Here are some more things you can do on your own to prevent them:

The four most common scorpion species found in Phoenix include:

If you think you have a scorpion infestation on your hands, don’t waste time. Contact us for a free quote and scorpion inspection at 602-338-9223. Our